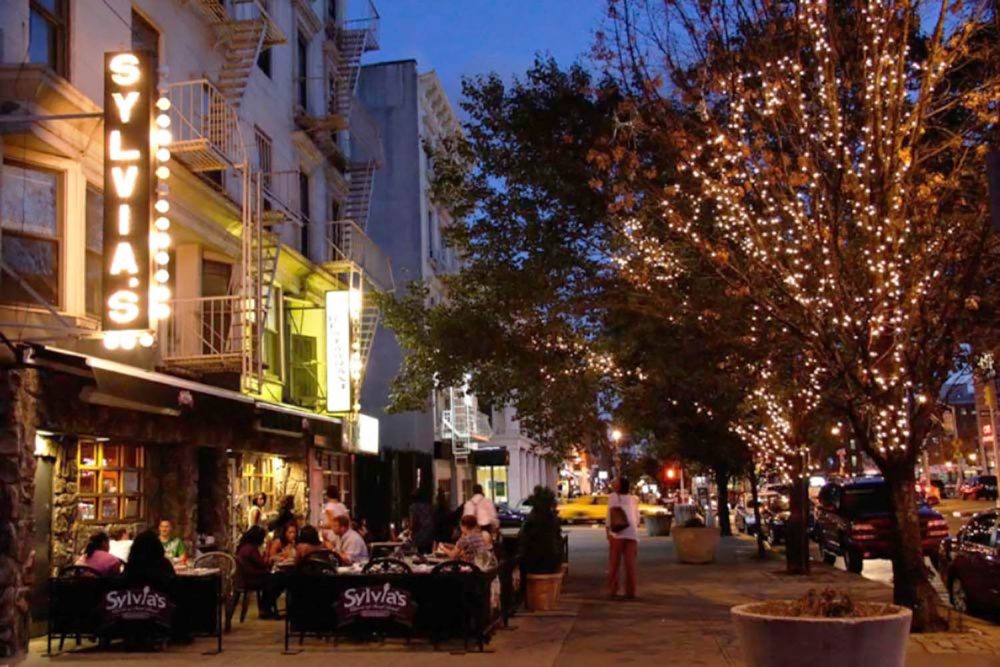 New York, New York – March 2016… Founded in 1962 by Sylvia Wood, Sylvia’s Restaurant in the Harlem neighborhood of New York City serves soul food that has attained regional and international fame. Numbered among its past clients are Jesse Jackson, Magic Johnson, and the late Nelson Mandela, and its regulars include President Bill Clinton and Reverend Al Sharpton! Over the decades, Sylvia’s has expanded from its original storefront by annexing several of the adjacent storefronts. With each expansion, its sound system grew in size – but not in quality. Taylor Sound of Long Island, New York recently gave Sylvia’s a sophisticated, yet easy to use commercial-grade sound system centered on a Symetrix SymNet Radius 12×8 Dante networked audio DSP.

“The Symetrix Radius 12×8 was the first thing we installed at Sylvia’s, and it was almost too good,” said Bill Taylor, owner of Taylor Sound. “They clearly needed new speakers and amplifiers as well, but the Radius was such a step up from their old system that, without an external reference, the improvement seemed more than adequate. We went with the Radius 12×8 because we knew the sound quality would be there and because Symetrix’ open-architecture programming would allow us to give them the customized performance and user-control options that the restaurant needed. Specifically, we wanted to zone out each separate room so that processing and volume could be room-specific.” Taylor Sound designed and installed the new system.

Inputs to the system include a podium mic for calling guests when there is a wait (which is frequently), an iPod input, and output from an existing PreSonus studio/live board. The board supports the musicians and vocalists for Saturday Jazz Brunch and Sunday Gospel Brunch, each a longstanding tradition at the restaurant. User control includes a Symetrix ARC-2e wall panel remote for each room, as well as Symetrix ARC-WEB for managers. ARC-WEB allows them to control the system from their smartphones. Taylor Sound is installing new Renkus-Heinz TRX81 loudspeakers in each room in phases.

“The Symetrix Radius 12×8 has everything we need, including comprehensive dynamics, equalization, and delay for slight time alignment in each room,” said Taylor. “I really love working with the SymNet Composer open-architecture software. It allows me easily create whatever I need for a particular situation. Of course, giving the client ARC-WEB for free is nice. Finally, because the Radius 12×8 is built around the Dante network, it will be easy to expand in the future. Already, Sylvia’s is talking about blowing out another wall to add more table space!”